How Frozen Helped Me To Accept My Anxiety Disorder

Gretchen found empathy and understanding in Frozen, through the first Disney princess to represent anxiety on the big-screen.

Like many people, I am a complete sucker for Disney movies. So even though many people are already rolling their eyes at another “over-hyped” animated film, I was excited for the second installment of Frozen. When Disney teased the first movie, I was first drawn to it by the announcement that one of the main characters would be played by Idina Menzel. I was never a full-on theater geek, but as a violin player and “dorkestra” kid — I was extremely excited. I went with my best friend to the theater the day it opened, ready to have a sisterly bonding moment and to eagerly await the performance of that song to appear. What I never expected was to find so much of my own struggles with anxiety and agoraphobia in Elsa’s character.

I’ve suffered from an anxiety disorder since I was eight, but nothing I ever saw in books or television could reflect what I felt like in regards to my panic attacks, the unique isolation of agoraphobia, or the fear of being in a public place with no means of escape. Sure, characters like Hermione Granger inspired me to be bold and brave with mental power. Elphaba (Idina Menzel) from Wicked captured my sarcastic and asocial tendencies as well as my desire for social justice. Junie B. Jones could have been my carbon copy on some days for her sass. Still, there weren’t many characters I could connect with in regards to my mental illness. Instead, I would hope that I could one day be as brave as my favorite female characters

Growing up, I felt the need to hide the fact that I had anxiety. Ever since my first panic attack, I was always on edge anticipating the next time I would feel my arms clamp up and would have to gasp for each breath. While my anxiety would always fluctuate, it became an all too normal pattern during my childhood. Making a normal trip to the grocery store sometimes felt similar to being a Navy SEAL on a risky mission rather than grabbing spaghetti noodles and marinara to make dinner. When I tried to explain how I felt to others, I could never articulate what the feelings were and instead came up with excuses and escape plans when I knew I would be judged for the things I couldn’t explain or control. No one could understand why a young child wouldn’t be excited to go to a concert or a field trip to a big city, especially when I myself never knew why I hyperventilated at the thought of being stuck in a large crowd. My default was always, “Mom won’t let me”, “I have too much homework,” — because no one could invalidate an excuse so normal and easy to explain.

I always knew it was abnormal, but never wanted to face it. I viewed therapy not as a useful and perfectly healthy service, but instead as a reminder that something was wrong with me. When you’re a child trying to be included, the last thing you want to do is to give reasons as to why you aren’t. As mental illness became less stigmatized, I was finally able to be more open with my friends about it, but I was still confused, frustrated, and ashamed by how it limited my ability to go on trips that everyone else saw as fun, and I saw as a potential threat and nightmare.

When Frozen came out, it was a given that I would be going to see it. The times I did have the stamina to justify going to crowded places were typically because the benefits of the event outweighed the potential for a panic attack. Disney movies are one of those things, more often than not. My friend and I snuggled in the theater seats with our popcorn and other smuggled-in cheap snacks and waited for the commercials to transition into the movie we had been waiting for.

From the very beginning when Elsa’s powers hurt Anna and their parents bring them to the trolls, I was hooked. As the forest trolls explain how fear makes the catastrophic effects of Elsa’s powers worse, I paid even closer attention. The more I felt trapped in a situation, the more likely my own anxiety would get worse. Elsa’s parents’ solution and her subsequent isolation reminded me of my own method of “safety” growing up, especially the way she so badly wanted to be with Anna, but couldn’t out of fear of hurting her sister. It was like looking back at me in my room during childhood, wishing I could bring myself to go out with friends without fear of ruining everyone’s good time by needing to go home. Elsa’s severe anxiety prior to her coronation was like when I had to attend public events for school and prayed no one would notice signs of anything out of the ordinary. Her classic line, “Conceal, don’t feel,” perfectly summarized my own philosophy when it came to my condition. When Elsa’s powers are revealed during her coronation and her subjects call her a monster, it was like seeing my worst fear come to life.

While seeing the way she struggled was almost validation enough, the way Elsa finds freedom in her ice castle is an example of the freedom and acceptance I didn’t realize I was searching for in my life. The iconic song’s narrative of rejecting the controlling aspect of fear and the determination to embrace the unchangeable helps me to “let go” of how I subject myself to the stigma of anxiety. Sure, watching Frozen didn’t completely erase my disorder, but it most definitely has given me inspiration and strength to embrace the way I am.

Mookychick is on hiatus

A creatively inclusive haven, literary community and liminal space since 2005. 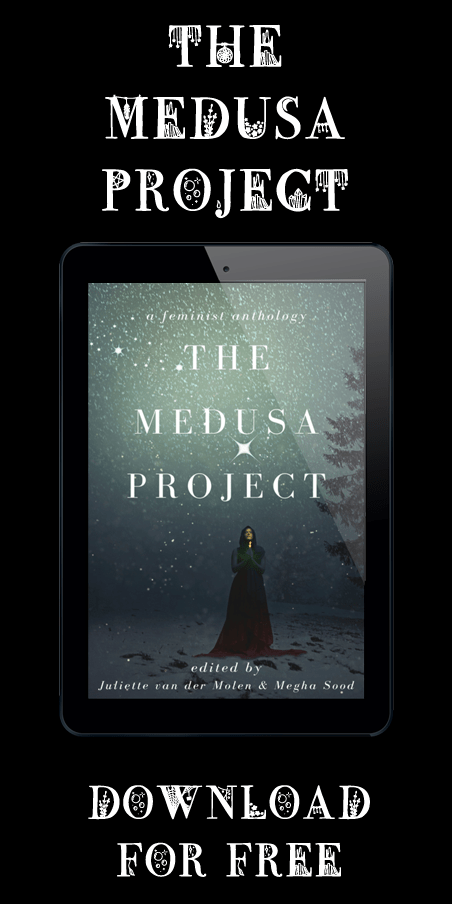